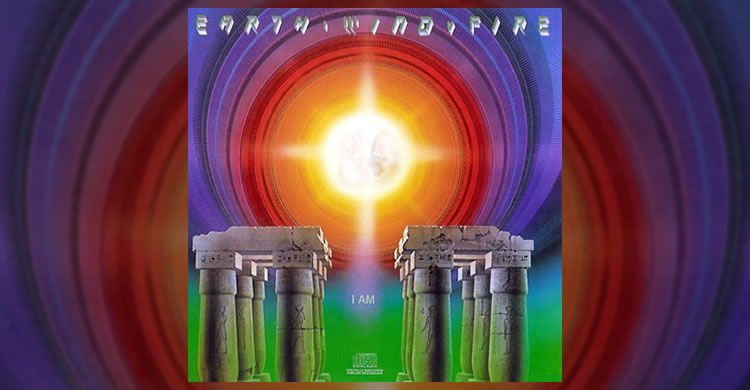 Here’s the previously unreleased track “Diana” from the 2004 remastered version of Earth, Wind & Fire’s 1979 release I Am.

Maurice (from the 2004 liner notes):
I Am holds a very special place in my heart, and an extra special place in the legacy of Earth, Wind & Fire. The album was born during a remarkable period of creativity and experimentation. We were merging so many styles and directions that it became a challenge just to stay focused! The writing was so musical, and the playing so expressive — it was almost like the Creator was channeling the music through us.

The band was locked in a groove. We had just finished making All ’N All, a record very much inspired by our trip to Brazil, a very magical album with “Serpentine Fire” and “Fantasy” and “I’ll Write A Song For You.” Its success put a lot of pressure on us, but not as much as I put on myself. I was torn between making R&B, and pop, and crossing over in all directions. I was concerned that the songs might be too broad, or not broad enough. I think — somewhere — we were trying to reinvent the wheel! I wanted us to appeal to everyone, and yet we had to hold on to our integrity. It’s the ultimate challenge, walking the line between art and commerce.

I did a lot of writing for the album with David Foster. I was living at the time in Carmel, on the California coast, and we worked day and night. I believe we finished seven songs in a week. David would sit at the piano, I’d sing a melody. We’d just trade ideas. The spirit was so strong that, a couple of times, I got up in the middle of the night to finish an idea — or maybe start another — and there was David, doing the same thing.

The first song we wrote was “Let Your Feelings Show.” Then we finished “Diana,” a really beautiful song that never made the record but which Paul Klingberg did a magnificent job making as a bonus track. Then David Paich arrived, so now we had two keyboard players. And the rest of the songs just…came.

When I finally brought the material to the band, to be honest with you, they were almost…afraid. We were riding so high, we were so tight, and the new songs were so intricate — that the guys were concerned they wouldn’t have enough time to rehearse! But the Maker knows the way, as always, and everything turned as it’s supposed to.