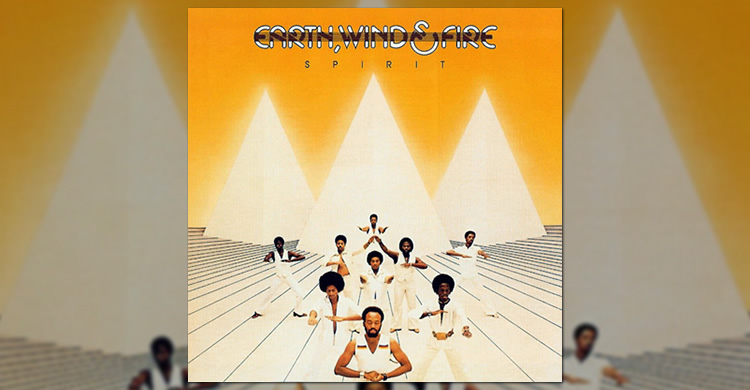 Spirit was produced by Maurice and Charles Stepney for Kalimba Productions.

Maurice:
Spirit may or may not have been our best record commercially, but it was by far our most important one, solidifying Earth, Wind & Fire as musical and spiritual progressives. It was the right album at the right time and a foundational building block in our story, with the perfect blend of black church and mystical spiritual optimism. Another great thing about Spirit is that it established a black masculinity for the band that was different than the one generally expressed in public.

There is only one romantic song on the Spirit album, “Imagination,” and even that has a philosophical slant. Everything else is our distinctive blend of social and spiritual progressivism. The first single, the driving ball of fire “Getaway,” set a new tone for us. However, with the exception of “Getaway” and the instrumental “Biyo,” the album is introspective. Even the other two up-tempo songs, “Saturday Night” and “On Your Face,” are kind of laid-back. That mellow feeling was probably just a reflection of the cosmic vibe around us.

I had been carrying a mental picture for a long time that I couldn’t let go of: an album cover with the band dressed in white, standing, eyes closed, in front of three huge white pyramids – meditative and spiritually Eastern in flavor. With the addition of some Sufi-style placing of the arms, this became the album cover for Spirit, another attempt to broaden our audience and appeal to a wider view of consciousness.