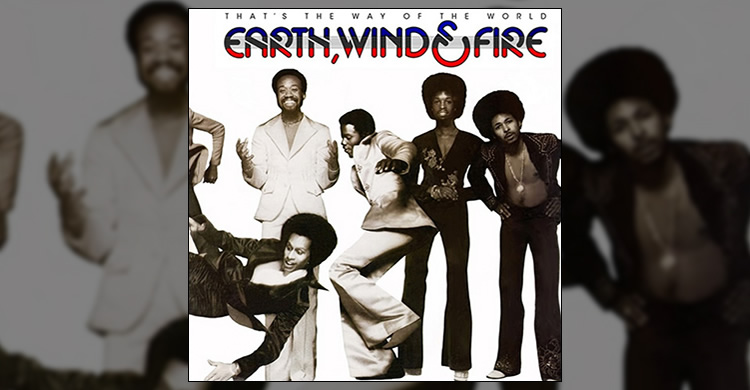 “All About Love”
Written by Maurice and Larry Dunn

Maurice:
Sig (Shore) wanted Earth, Wind & Fire to do the sound track to a movie he was producing and directing, That’s the Way of the World. He had just scored a huge hit as a producer with SuperFly.

…That’s the Way of the World, the film, would be an often-told story of corruption in the record business. They wanted us to act in the film as a group simply called “the Group.”

…In pulling together the sound track, my first call was to Charles Stepney, who ended up having several cameos in the film.

That’s the Way of the World would not be sound track in the traditional sense. I made sure that the EW&F conecpt would be reflected in the score, which meant no departures from our established themes.

…Charles said that if I was going to do a score for a film, it should sound like a score – with a full orchestra on as many songs as possible. It was a matter of getting a bigger budget from Columbia. This was not a problem after the success of “Sun Goddess.” I could have asked for the moon.

I chose to return to Caribou Ranch in Colorado to record the basic tracks of the sound track album.

That’s the Way of the World was the beginning of our big horn-section sound. We also began to use a full string section from this album forward.

…To complete our unit, I added a new member to the team who represented a big leap forward in terms of sound and technology. Back then George Massenburg was a young, nerdy, pimple-faced kid who was polite and modest. He traveled with us to Caribou, serving as our full-time recording engineer. George would ultimately become integral to the EW&F sound.

That’s the Way of the World was a tough record for us to cut. Everybody had to play with more discipline, restraint, and focus.

…The song “Shining Star” was born out of a hook Larry Dunn was working on. I delivered some vocal rhythms, and Larry put chords under it, working out the harmonic and chordal structure. The title and theme came out of a walk Philip and I had in the Colorado woods late one nite.

“Happy Feelin’” was composed out of that straight primal jam-band energy. Written by myself, Al, Larry, Philip, and Verdine, the song was an organized jam driven by Verdine’s running bass line, my kalimba, Andrew’s tenor sax octave-jump melody, and the anthemic falsetto background vocals of me and Phil.

For all our good intentions “Reasons” was completely misunderstood. People would use the song at weddings as a musical expression of endless, undying love, when in fact it’s a cautionary tune expressing the opposite..

For more on EWF’s That’s the Way of the World, read Maurice’s book My Life With Earth, Wind & Fire.