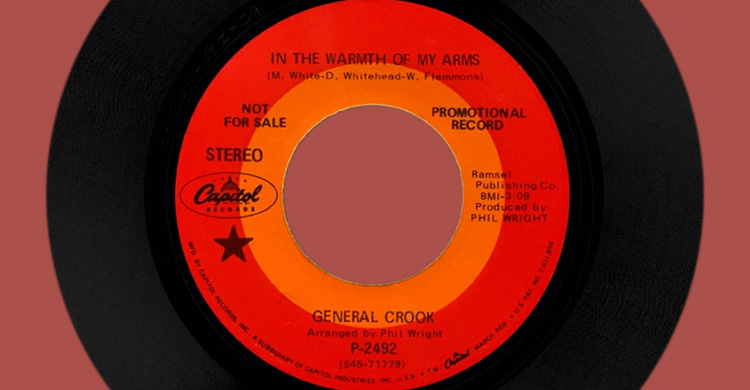 #tbt In 1969, General Crook recorded the single, “In The Warmth Of My Arms.” The song was written by Maurice and original Salty Peppers / Earth, Wind & Fire members Don Whitehead and Wade Flemons. The single was produced and arranged by Phil Wright (Capitol Records).

Maurice:
Wade Flemons, Don Whitehead, and I had gathered several songs we had written. I tried to interest a few artists in recording them, but with no luck. Believing the songs were good, I thought we should just go and professionally cut them in a studio and hope for the best.

This led to the birth of the Salty Peppers.