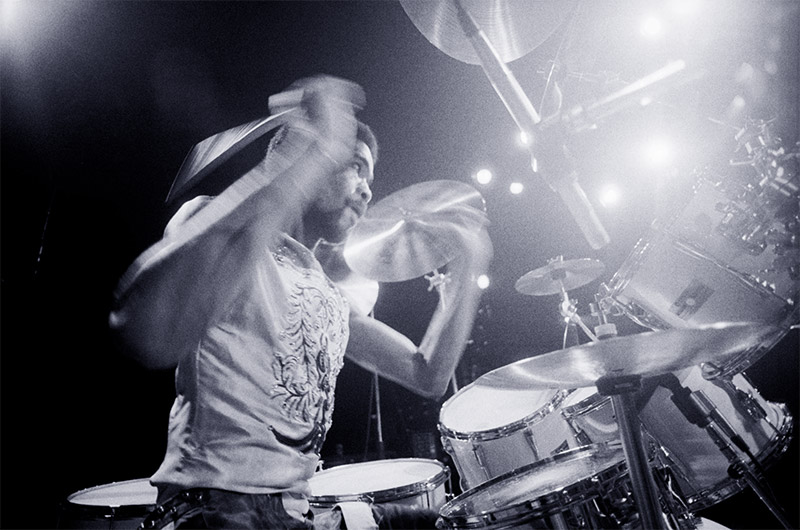 Maurice:
The first time I witnessed my baby brother Fred expressing an interest in music was on a visit to Mother Dear’s, not long after I joined Chess Records. Mother Dear was in the kitchen, preparing food. Fred, around eight years old, was planted on the floor, tapping some kind of plastic toy to the rhythm of a record on the radio. He was keeping good time. His tapping wasn’t straight time either, it was syncopated. On my next visit I gave him a pair of drumsticks just as a toy.

That winter I picked Fred up and took him over to my new place. I was proud of my apartment. I kept it neat and organized and wanted to show off a bit to baby brother. Fred walked in with a little awe on his face. “Wow,” he said. At first I thought he was talking about the oversize mirror that hung in the vestibule, but when I turned around to look at him, he was transfixed on my little A-frame practice pad with two drumsticks sticking out of the top. He grabbed the sticks with all the vigor of a child and started playing. I just chuckled. I didn’t give him any instructions, but it was evident that he was interested in the drums. A month or so later, Mother Dear called me.

“The drum thing?” I responded.

“Yeah, he’s tapping on everything. I just gotta keep him from beating on my living room furniture!”