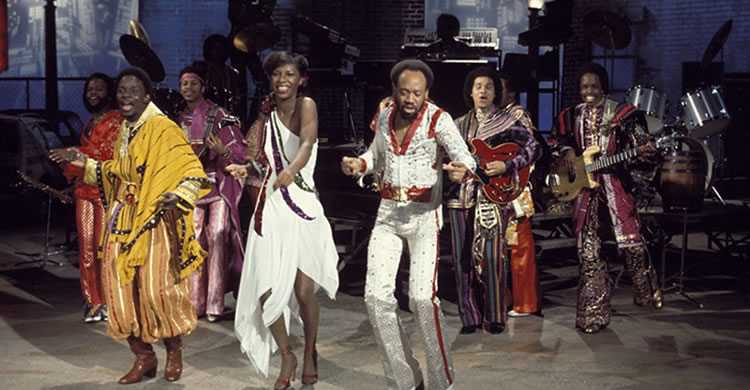 Maurice:
I think it had kicked in by now to management and the band that my dislike of overexposure had a good effect on EW&F’s charisma, and consequently they stopped pushing me to do more television. But Natalie Cole and Bob (Cavallo) urged me to do Natalie’s TV special on CBS. Natalie had exploded on the music scene, becoming a big star overnight. She was a class act, too. In late March 1978 we taped a segment for The Natalie Cole Special. George Faison would help conceive and execute what I consider our best television appearance. George thought we could do a cinematic performance, with three wardrobe changes in our eight-minute appearance. For it to work, we would have to pre-record the music, which kind of annoyed me because I’d never been a fan of lip-synching. For this reason I wanted our pre-recorded music to have a live feel to it, with all the nuance and changes to the music that would naturally occur onstage. We did a medley of “Serpentine Fire,” “Saturday Nite,” “Can’t Hide Love,” “Reasons,” and – with Natalie joining us – “That’s The Way Of The World.”