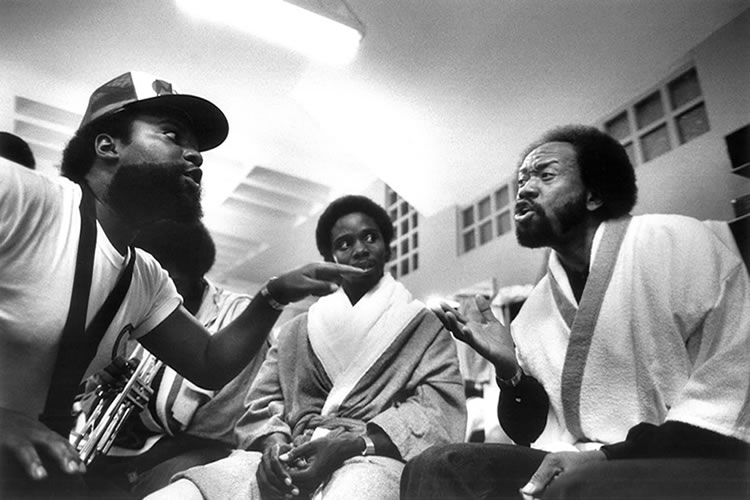 Maurice:
Philip (Bailey) reached out to Andrew Woolfolk and asked him to join up with us.  After some persistence he came to LA for an audition.  He played only one song, but that was all I needed to hear.  He was in.  Woolfolk was short but powerful.  He was proud of his physique and worked out a lot.  Beyond his playing ability, he added raw physical energy to our show.  With him and Verdine on the two ends of the stage, we had vibrant energy encased by powerful bookends.