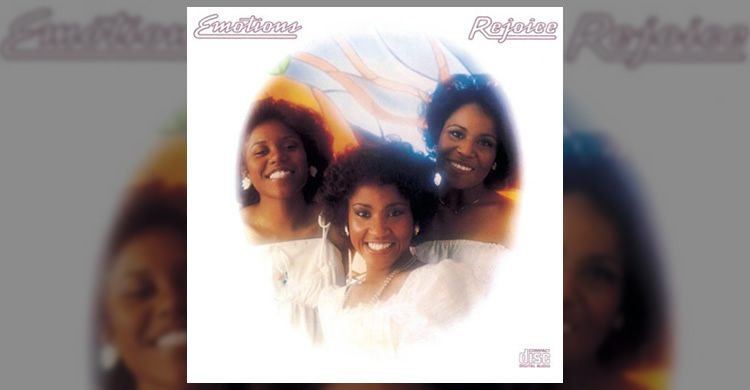 “Best Of My Love”
Written by Maurice and Al McKay

Maurice:
Al McKay gave me a cassette of a track he was developing at his home studio. It had a real nice and simple chord progression, but it was slow as molasses. At first I had a melody that sounded like a horn line. I sang it for McKay, and we kind of looked at each other, and neither one of us was enthused. After putting it aside for a few weeks, we revisited it, only this time we sped it up – and bam. After that I was quickly able to finish the melody and lyric to “The Best of My Love.”

In early January we recorded the track. I knew it felt right. Beyond the punctuated intro to the song, to me the tune has one of the all-time great simple-but-oh-so-good bass lines. This bass groove was Al McKay at his finest. You can never truly tell what is going to be the smash, but when we cut the basic track, it damn sure felt like one. It had that Chicago swing, a plucky thythm guitar line, and energetic gospel-like melody, and the EW&F horn pocket.

Clarence McDonald, who coproduced the entire album with me, would lend his piano-playing talent. Clarence and I had a kinship in the department of groove – he was always emphasizing the feel of a track.

Bringing the girls in to record the vocals was an adventure…

I had recorded the demo for “The Best of My Love” an octave down from where I wanted it sung. When Wanda hit the first note of the first take, I quickly stopped the tape. I was like, Whoa – I didn’t even know she could sing down that low and so distinctly. “Wanda,” I said, “you’ve got to sing it an octave higher.” …

…On May 3, 1977, Columbia released “The Best of My Love,” the first single from the Emotions’ second album, Rejoice. Though its climb up the charts was slow at first, it remains the biggest single that I have been a part of: it went No. 1 pop, No. 1 R&B, and No. 1 disco. According to Billboard magazine, “The Best of My Love” is the fourteenth biggest song of the entire decade of the 1970s. An unconditional smash!