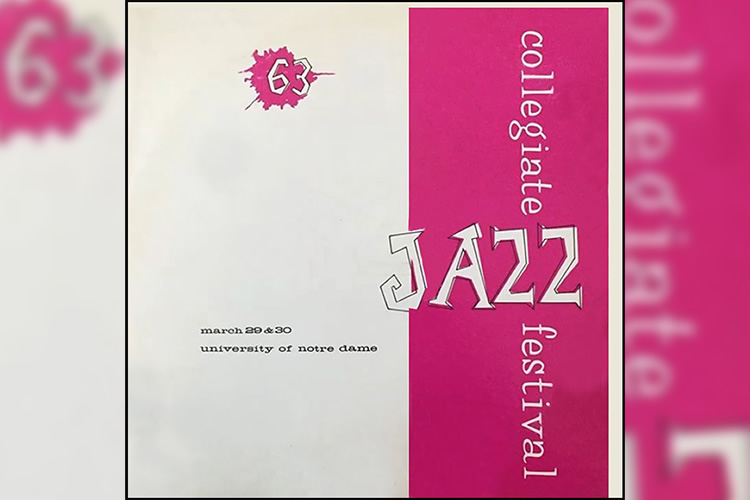 Here’s the track “Max Waltz” performed live by the Jazzmen (Maurice on drums), taken from a 3-LP set showcasing six college jazz groups that was recorded at the 1963 Collegiate Jazz Festival.  The other songs on the LP performed by the Jazzmen are “Summertime,” “Night And Day,” and “Sometimes I’m Happy.”

Maurice:
Early in 1962 I met James Mack, the band director at Crane Junior College. James was an instructor of the highest order and a true “music man’s man.” Well versed in jazz and classical, he still knew what was on the pop charts. He went on to be one of the principal arrangers at Brunswick Records, as well as working for Chess, Capitol, and Columbia Records. That man is the godfather of much of the significant talent that came out of Chicago.

Mack pushed six of us – Fred Humphrey on piano, Louis Satterfield on trombone, Don Myrick on saxophone, Chuck Handy on trumpet, Ernest McCarthy on bass, and myself on drums – to form a group called the Jazzmen. We spent many hours together rehearsing nonstop, reading the music for accuracy, adding showmanship, and practicing routines. This was new to me. Much of my enduring musical work ethic was born right there.

“I think you guys are ready for a challenge.” – James Mack

The Harvest Moon Festival was an annual music contest that was sponsored by the Chicago Sun-Times. It was a big deal. Eddie Fisher was the headliner that particular year, performing for the big finale after the contest. The odds were against us: there were many more experienced performers. We took the stage and played our hearts out, giving it our best. Amazingly, we won, in a validation of our talent and what could happen when we worked hard.

The victory put enough wind in our sails to encourage us to enter the 1963 Collegiate Jazz Festival, a two-day event on March 29 and 30 at the University of Notre Dame.

We were all nervous, except for Satt, who confidently said, “We got this.”

We won our division.