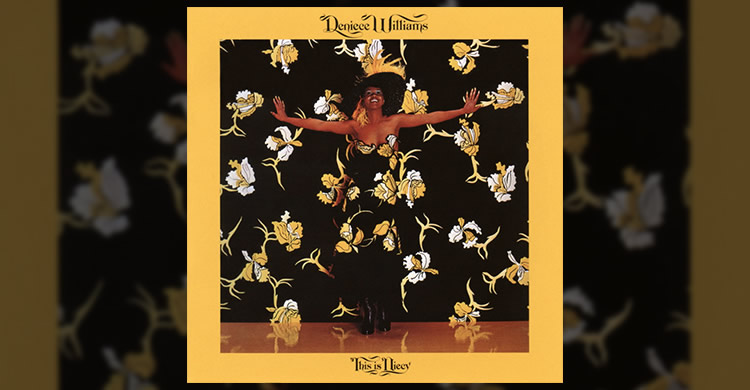 From Deniece Williams’ 1976 debut album, This Is Niecy, here’s the track “That’s What Friends Are For.”

Maurice:
Just like the Emotions, Deniece Williams, then one of Stevie Wonder’s background singers, came into my orbit with great songs. She sent a cassette of seven songs to my office, hoping to get Earth, Wind & Fire to record some of them. She was a hard-core EW&F fan – she used to love to sing all that high Jessica Cleaves stuff from our earlier albums. But as I listened to her tape, song after song, her voice knocked me out. It was very feminine, almost bell-like and yet strong – I haven’t heard anything like her before or since.

I quickly called her in for a meeting. “Deniece, these songs are great, but your voice is even greater. You need to record these songs, not EW&F.”

All of Deniece’s career calculations had been based on her experience of working with Stevie Wonder. Stevie was a star among stars. After working with him for a few years, Deniece knew for sure that she did not want the responsibility of being the star of the show. Her heroes weren’t stars, they were songwriters – Ashford & Simpson, Carole King. She understood that songwriting and publishing was where it was at in terms of wealth building in the music business. Smart girl. But I kept on pressing her.

“Deniece, no one can sing these songs like you,” I pleaded. “Let’s do a deal, and I’ll produce an album for you on Columbia Records.”

“I’m proposing this: I will do everything I can to facilitate your success, and I promise you it will be a very orderly process.”

I think I caught her off guard. She looked at me with some disbelief. I looked right back at her with all the resolute confidence in the world. I was no-nonsense. I think it gave her a whole different idea about the music business. I did everything I said I would for Deniece, but it all started with her songs, and she had plenty of them. Deniece wrote or cowrote all but one song on her debut album, This Is Niecy.