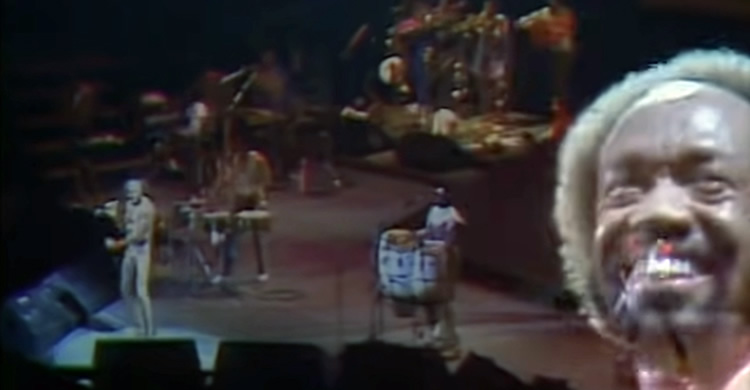 From Earth, Wind & Fire’s ‘In Concert’ DVD, here’s the band performing “In The Stone.” This performance was recorded live at the Oakland Coliseum, December 30 and 31, 1981 during their Raise! tour and it originally aired on HBO.

Maurice:
On thing that I wanted Allee (Willis) and all the people who collaborated with me to understand is that non-conformity and curiosity always lead to a heightened creativity. The reason I wanted her to read certain books was twofold. One, it was not so much to hip her to this or that as just to expose her to different things, break her out of the norms of conventional thinking. Inhibitions kill imagination. Mysticism helps keep it alive. Secondly, I wanted to give her a language that would hip her to write lyrics in a philosophical manner, even so-called love songs. That language would really manifest itself in the song “In The Stone.”