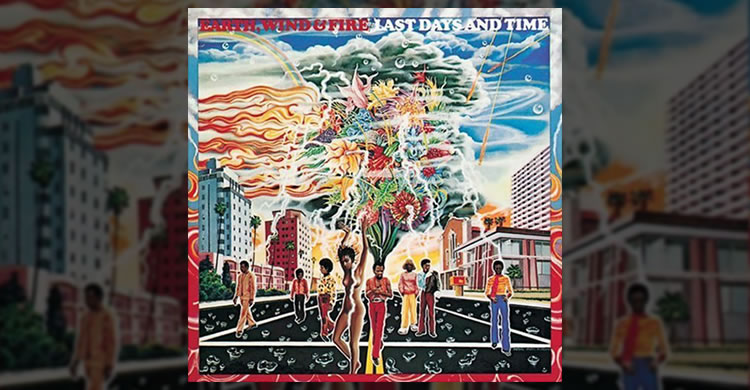 Maurice:
We started recording our first album for Clive (Davis), Last Days and Time, in April of 1972 at the Sunset Sound studios. Los Angeles in the springtime was splendid. It made those brutal Chicago winters seem a world away. I could relate to Los Angeles’ energy. It was multicultural and less buttoned up than the East Coast.

I was in a good space. The new band and record deal had given me a renewed sense of purpose. This album needed to exceed the previous works. I wanted to musically broaden our base. A part of that broadening was to follow a long-held tradition in the music business of recording a song or two that had been a recent hit with another artist. We recorded “Make It with You,” which a year earlier had been a No. 1 pop hit for the group Bread. We also did a great version of Pete Seeger’s folk classic “Where Have All the Flowers Gone?” The idea to cut those particular songs came from Clive Davis. Additional songs came from new sources. Songwriter Skip Scarborough contributed “I’d Rather Have You” to Last Days and Time. It was probably the most mature song EW&F had recorded up to that point. It’s where the background vocals with that ba-da-pa-da thing originated.

From the beginning I wanted EW&F’s album titles and cover artwork to be distinctive and personal. I wanted our Columbia Records debut to respond to America’s political and racial situation.

I wanted our title to have a cautionary view of 1972. In conversations I had about the war there were a lot of side-to-side headshakes, as if there was nothing anybody could do, no hope for the future. Richard Nixon was running for his second term. This environment made Last Days and Time feel like the perfect album title.

At Columbia Records, I could pick and choose who I wanted to do the artwork for our debut album. With the freedom and support of Clive Davis and the Columbia Records machine, I chose Mati Klarwein. He had done cover art for Santana’s Abraxas, but I was especially impressed with his cover for Mile Davis’ Bitches Brew. He did an excellent job of expressing on canvas the seriousness of the apocalyptic theme. It was just what I was looking for. Words, art, and music always went hand in hand when it came to Earth, Wind & Fire’s album presentations.