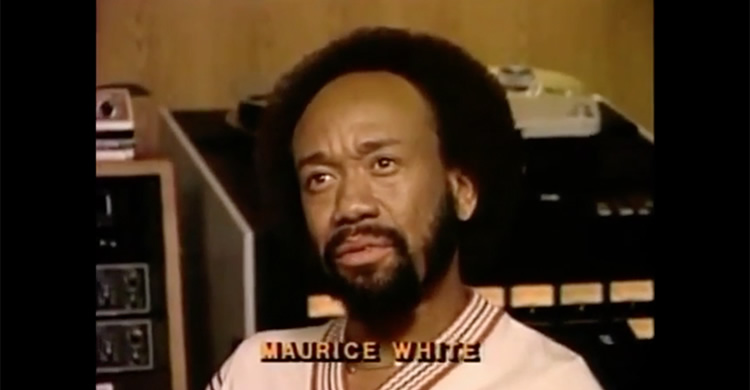 Here’s a short interview with Maurice. He talks about his creative process, how he met legendary recording engineer George Massenburg, and The Complex (Maurice’s ARC label headquarters – state of the art recording studios and rehearsal spaces).

Maurice:
The acceptance of EW&F made the Complex a pretty popular place to record and do music videos. In late 1982 and early ’83 George Duke was producing a new album for Deniece Williams and Philip Bailey’s first solo record, Continuation. David Foster was producing an album for the rock band the Tubes; Linda Ronstadt was recording with the great Nelson Riddle and a fifty-piece orchestra on the sound stage. Earth, Wind & Fire was recording a song for the animated film Rock & Rule. Cheap Trick, Debbie Harry, and Iggy Pop also participated. In addition, I was putting the finishing touches on Powerlight for EW&F.

In between all of this, in Studio B, I was producing Jennifer Holliday’s debut album, Feel My Soul, for David Geffen’s label.

I did have a certain amount of healthy pride in the Complex facility. While working on Jennifer Holliday, strictly by happenstance Quincy Jones, David Foster, Wayne Vaughn, and I all found ourselves at the Complex on a late Friday night in January. We were all working on different projects, and I had our staff chef prepare us a sumptuous late-night meal.

Q winked at me. His wink was an acknowledgment of what most black entrepreneurs know: to achieve anything in the white world, you’ve got to work that old African American expression of “making a way out of no way.”

The Complex was a fulfilled dream…