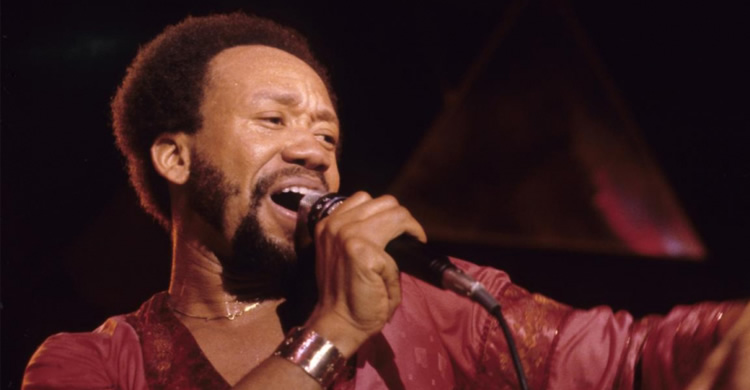 He was diagnosed with Parkinson’s disease in the early ’90s, forcing him to stop touring with the band in 1994. Earth, Wind & Fire was inducted into the Rock and Roll Hall of Fame in 2000 and are set to be honored with a Grammy Lifetime Achievement Award at the Feb. 15 ceremony.

“My brother, hero and best friend Maurice White passed away peacefully last night in his sleep,” Earth, Wind & Fire co-founder Verdine White said in a statement released to the press. “While the world has lost another great musician and legend, our family asks that our privacy is respected as we start what will be a very difficult and life-changing transition in our lives. Thank you for your prayers and well wishes.”

A musical visionary and savvy showman, White brought his multi-talents as a singer/songwriter/producer/musician/arranger to bear on what ultimately became one of music’s most influential, iconic and longest-running bands. The six-time Grammy Award-winning Earth, Wind & Fire — whose moniker was chosen from the elements in White’s astrological sign, Sagitatarius — eschewed categorization with its game-changing fusion of R&B/soul, pop, jazz, funk, disco, rock, Latin and African rhythms. Further heightening the band’s eclectic mix: White’s nimble playing of the kalimba, an African thumb piano, and a tight, riveting horn section.

Scoring its first top five R&B single in 1974 with “Mighty Mighty,” the band nabbed its first R&B/pop crossover hit a year later with “Shining Star,” No. 1 on both charts. Embracing the themes of empowerment, unity, spirituality and love, White guided the band through a host of R&B and pop hits that have since become classics, among them: “That’s the Way of the World,” “Sing a Song,” “Serpentine Fire,” “September” and “After the Love Has Gone.” Beyond the music, Earth, Wind & Fire concerts became can’t-miss spectacles during which the brilliantly garbed band members mesmerized audiences with disappearing acts and other magic tricks.

Born in Memphis on Dec. 19, 1941, White moved to Chicago in the early ’60s and was hired as a session drummer for Chess Records. Reading like a who’s who, the artists he played for included Etta James, Ramsey Lewis (with whom EWF collaborated with for the 1975’s “Sun Goddess”), Muddy Waters and the Impressions. Following a post-Chess stint as a member of the Ramsey Lewis Trio, White became a member of the Capitol-signed band Salty Peppers with friends Wade Flemons and Don Whitehead.

Relocating to Los Angeles, White established the nine-member first incarnation of Earth, Wind & Fire in 1971 with himself, Flemons, Whitehead and White’s bass-playing brother Verdine among its members. Under contract to Warner Bros., the band released two albums. By 1973, a remodeled Earth, Wind & Fire — including the White siblings, vocalists Philip Bailey and Jessica Cleaves (Friends of Distinction), drummer Ralph Johnson and keyboardist Larry Dunn — was signed to Columbia Records. From that period through the early ’80s, the band was a permanent fixture on both the R&B and pop charts.

In addition to EWF, White collaborated with other artists during his career. Under the Kalimba Productions banner he launched with songwriter/producer Charles Stepney, White produced/co-produced albums for Deniece Williams and the Emotions, which spun off such respective hits as “Free” and “Best of My Love.” White’s diverse range of credits includes projects by Minnie Riperton, Barbra Streisand, Barry Manilow, James Ingram, Neil Diamond and Brian Culbertson. White even logged his own top 10 R&B single with a cover of “Stand By Me,” taken from his 1985 self-titled solo album.

While his Parkinson’s diagnosis eventually stopped him from touring with EWF, White still stayed busy behind the scenes. He collaborated with Maurice Hines on the 2006 Broadway play Hot Feet. In addition to using music from the EWF catalog, the play featured new songs written by White and songwriter Allee Willis, the latter of whom co-wrote the EWF classics “September” and “Boogie Wonderland.”

“Maurice White gave me the break of a lifetime by asking me to write the entire I Am album with him at a time that very few people even knew I existed as a songwriter,” Willis said in a statement to Billboard. “We wrote ‘September’ the very first day we met. He was my favorite singer ever and taught me more about songwriting than anyone on the planet. He was a spectacular being.”
In another statement to Billboard, Herb Trawick, White’s former business partner in Kalimba Entertainment, remembered the artist as “a quiet genius. His capacity to move us, touch us, inspire us, to innovate was unparalleled. Maurice made music that brought people together. He was a bad-ass front man. A complete musical visionary. And for those of us who got to know him personally, he was wise, kind, tough and childlike but had a heart of pure gold.”

White went on to executive produce the 2007 tribute album Interpretations: Celebrating the Music of Earth, Wind & Fire, featuring covers of the band’s songs by Chaka Khan, Kirk Franklin and others.