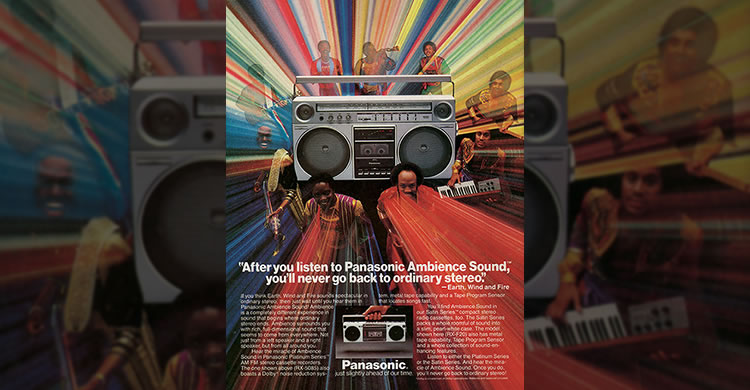 Maurice:
…At the time – before Pepsi and Michael Jackson – Earth, Wind & Fire had the largest corporate sponsorship any band had received. I was all for this new way of subsidizing tours, as long as the product wasn’t something like alcohol, or overtly sexual. I signed on to a $500,000 television campaign, in which EW&F would endorse Panasonic products, and Panasonic in turn would use various vehicles to promote our latest release, Faces.

Still I was cautious about commercialization. I didn’t want Earth, Wind & Fire to stand too close to any brand. But Panasonic wasn’t Wonder Bread; it was an electronics giant. We would be associating ourselves with its new line of boombox cassette music players. To me, Panasonic felt like a part of the music business.