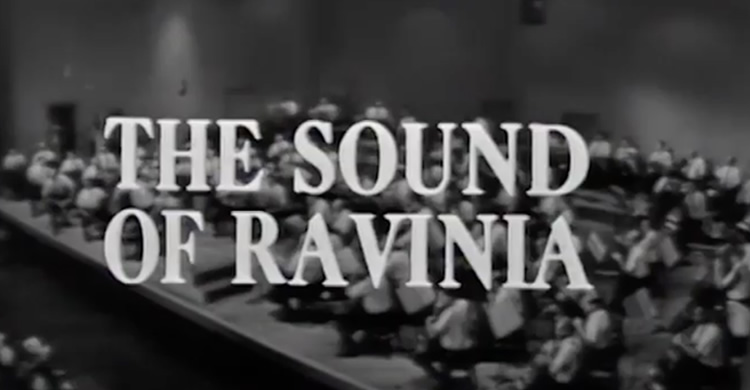 Here’s a clip of The Ramsey Lewis Trio (Maurice on drums) performing at the 1966 Ravinia Festival (Chicago, IL), part of an hour-long television special called “The Sound Of Ravinia.”  The program showcased the many sides of the Ravinia Festival including opera, pop, jazz, classical, and folk music.  The special used footage from four separate concert dates.  The other artists on the program included Nancy Wilson, The Back Porch Majority, Roberta Peters, and Seiji Ozawa & The Chicago Symphony Orchestra.  The entire special can be viewed online (YouTube).

The 1966 Ravinia Festival calendar of events had the trio performing on Wednesday, July 27, 1966 and Friday, July 29, 1966.  The program aired on Thursday, August 11, 1966 on WBKB-TV in Chicago.  The show was hosted by radio and television personality Norman Ross.

The trio performed the following songs, “Ain’t That Peculiar,”, “It Was A Very Good Year,” and “Hang On Sloopy.”